NetEnt has once again released a colourful and exciting pokie called Sparks, this is just released one month after the previous release of Neon Staxx that was a 80’s themes slot but also with a lot of colours in it making both games real nice graphically. One fun thing with this pokie is that you can choose two different ways of playing it the normal way as most pokies work today or in a way called Win Both Ways. The difference between these two playing styles is that on the original one you only win on combinations from left to right, but on the Win Both Ways, as the name suggest you can win on combinations that starts left to right as well as right to left. The other main difference between the two styles of playing the pokie is that the win frequency is higher on Win Both Ways but you also pay more to play each spin.

NetEnt have funnily enough named the two different styles 50 Shades of Blue when playing the normal mode and 50 Shades of Purple when you play the Win Both Ways mode.  Not sure if they programmer and designers had watch or read the popular book 50 Shades of Grey a bit to much when creating this new pokie.

Fun Fact: The first game from NetEnt that had this Win Both Ways feature was Dragon Island that was released in 2012

As most pokies produced by NetEnt the design is great and the soundtrack is really calm and enjoyable when playing the pokie. When the wilds symbols appears the sounds changes drastically and the excitement increases. Even though design and sound impact the likability of a pokie it is the features that are the most interesting. The Sparks pokie do come with one new cool feature that we have not seen before and it is called Expanding Cloning Wild

Many of you have probably already played a lot of pokies with Expanding wilds, that is when you get a Wild symbol it expands upwards or downward so you can get more wild symbols and increase your winnings, but the frustrating part was always when you had some bad symbols infront or behind the wild ones, so your winning combinations was not as high as you hoped. In comes Expanding Cloning Wild feature and swoops that problem under the rug.

With the Expanding Cloning Wild feature the wild is still expanding upwards and downwards but here comes the kicker,  the symbols infront of the wild symbol is cloned and are also added behind the wild symbols guaranteeing that you will get a winning combination every time you get a wild symbol on a spin. This feature can occur twice in a game round giving you a full board and a massive win. A double expanding clone wild spin can be seen on the screen shot below. 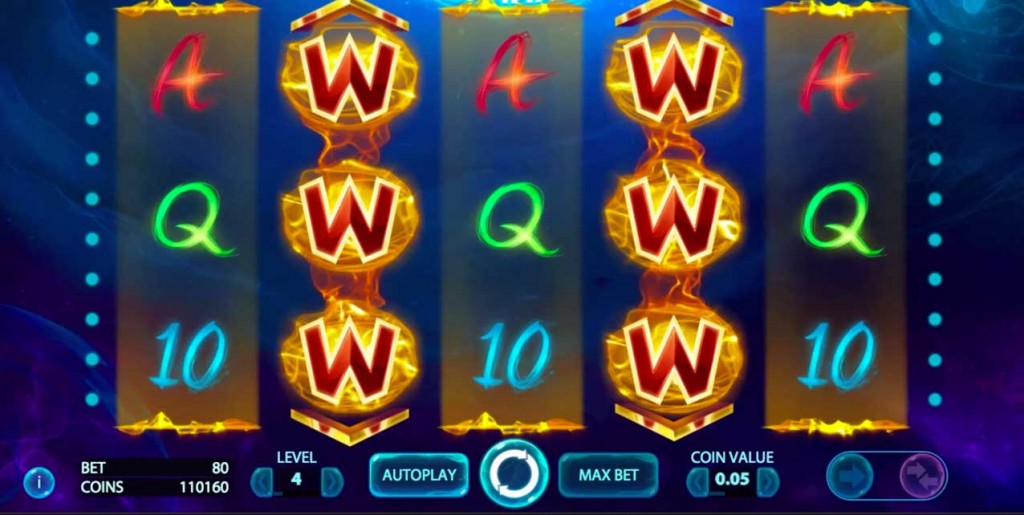 The Expanding Cloning Wild feature becomes even more exciting and profitable if you are playing the pokie in the Win Both Ways -style cause then you are having a perfect 5 in a row on all lines AND are winning from both left to right and right to left doubling the value of your winnings.  You can easily switch between the two game styles by clicking on the symbol seen on the bottom right corner of the screen shot above, so if you are feeling hot and think there is a lot of wild symbols coming you way you can switch over to playing that style or stay playing in the normal game mode.

It goes without saying that all new pokies are playable on a mobile device, or it should at least be like that.  So of course you can play Sparks from NetEnt on your phone or tablet. The mobile version of the pokie is packed with all the great features as you can find ont he web version of the game.  NetEnt has a great track record of making pokies for your mobile and released their first pokie adapted to a mobile device in 2011 when  Gonzo’s Quest  was introduced. .

You can find this game at these NetEnt casinons below or you can check out our review section for even more casinos to play the latest pokies online.